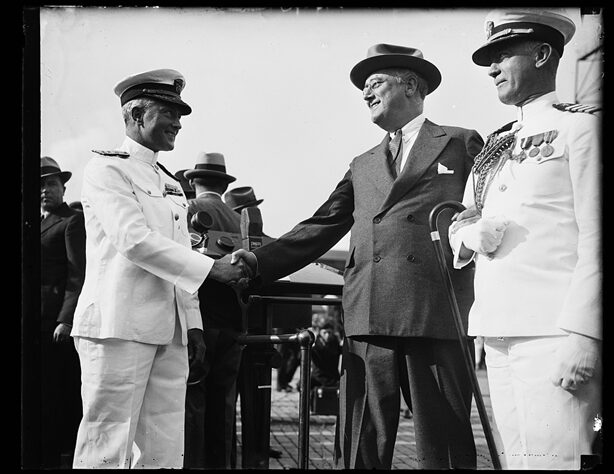 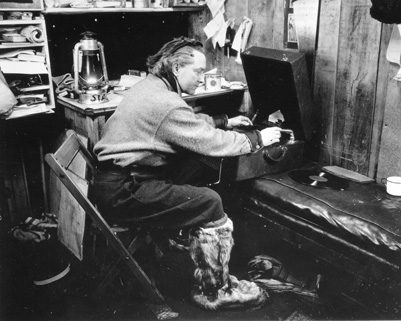 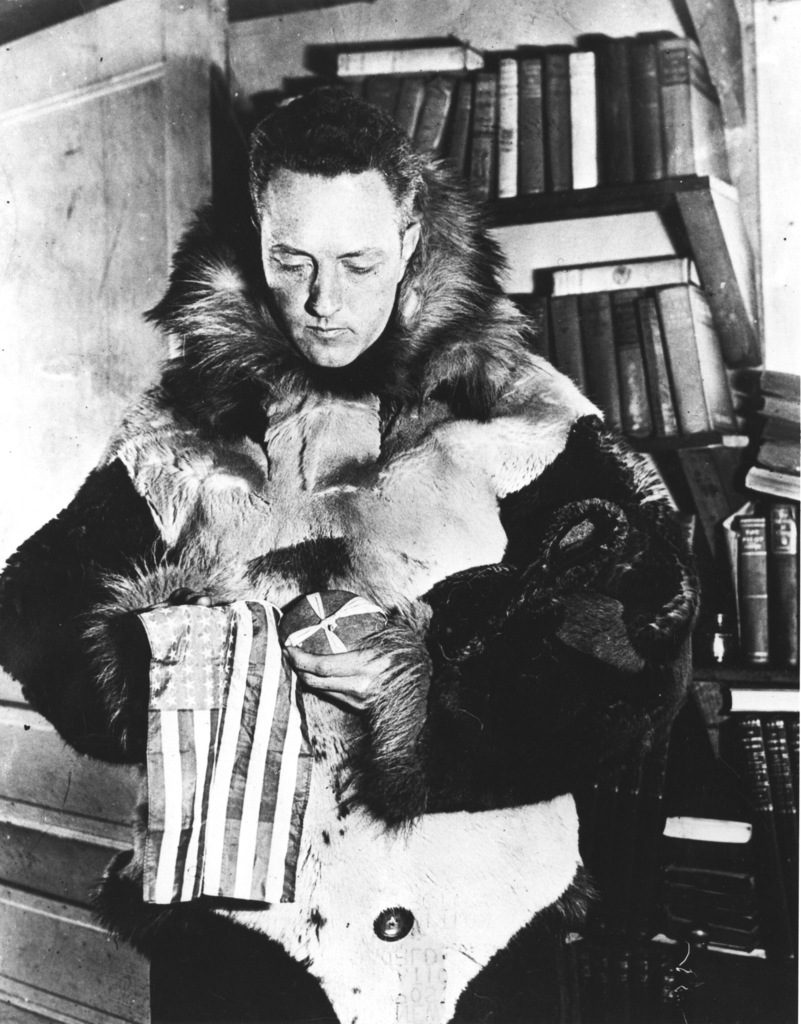 Richard Byrd (1888-1957) was one of the world's foremost aviators and displayed extraordinary gifts in organizing successful expeditions to Antarctica. Byrd's major achievement was to apply the airplane, radio, camera, and other modern technical resources to these polar explorations.

ALONE is a dramatic film screenplay based on Richard Byrd’s autobiographical account of his second expedition to Antarctica in 1933-34. After being promoted to Rear Admiral, Byrd headed another expedition to the Antarctic to map and explore new regions around the Pole in 1933. During that trip, Byrd—famous in popular, scientific, and military circles for a previous expedition to Antarctica and other accomplishments—made the difficult decision to over winter by himself at Advance Base, a weather observation shed 125 miles from any other human being. During this time alone at Advance Base, Byrd noted that he could hear his breath freeze and the temperatures fell between -58 and -76 degrees Fahrenheit. In being alone, Byrd imagines a communing with nature and the chance to enjoy the most profound peace and quiet. For weeks he is meditative, settling into a routine, recording the weather, observing the aurora, reporting back to the base station by radio every few days. Jubilant Americans, including FDR, express their pride about Byrd's accomplishments by way of radiograph communication.  With a radiograph Byrd could receive voice messages at Advance Base, and he could respond via telegraph key, ie. Morse code. However, slowly, over time, Byrd becomes seriously ill at Advance Base. Byrd makes no mention of his worsening condition in his radio transmissions to Little America because he didn't want his men to risk a rescue attempt.  He soon discovers that his tiny cabin, buried in the snow for warmth, is also trapping the carbon monoxide from his stove—forcing him to choose between poisoning himself or freezing to death. Alarmed by his incoherent reports from Advance Base, crew members of base camp decide on their own and set out to investigate what the problem could be. They arrived to find him suffering from frostbite and carbon monoxide poisoning, a result of an improperly vented oil-burning stove. The team thought him too weak to travel and cared for him in the observation hut for 2 months before returning him to Little America. His injuries permanently impaired his health and restricted his future activities. He then spent his time working on a book of his adventure which he called "Alone."What could have been a tale of hubris becomes instead something else: of friendship, dependence, and deep gratitude. In a different time of solitude, Byrd’s lesson continues to resonate.

This article has a lot of information about Byrd’s second expedition and communications via radio. https://www.rfcafe.com/references/radio-news/listen-byrd-july-1934-radio-news.htm