It’s a long and lonesome road, but it’s worth the journey 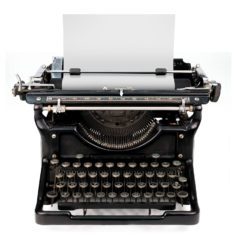 Description of Course: Building a Screenplay

“A bad poet is a born survivor” Salman Rushdie

What kind of screenplay do I want to write?

From before the moment you find the beginning of your story there is a necessary exploration of thought and new work.

Here is a discussion about the ways words are used in film storytelling.

There are basically two ways that verbal communication is heard/read in a screenplay. One is a narration or monologue (rhetoric); the other is a conversation between two or more persons (dialectic).

RHETORIC On the broadest levels, rhetoric has achieved its identity as a discipline in opposition to dialectic (Aristotle, Ramus) or to philosophy (Plato). From the time of its origin among the sophists in ancient Greece, rhetoric has embraced oppositions both philosophically and pragmatically. Protagoras (c. 485-410 BCE) asserted that “to every logos (speech or argument) another logos is opposed,” a theme continued in the Dissoi Logoi of his time, later codified as the notion of arguments in utrumque partes (on both sides). Aristotle asserted that thinking in opposites is necessary both to arrive at the true state of a matter (opposition as an epistemological heuristic) and to anticipate counterarguments. This latter, practical purpose for investigating opposing arguments has been central to rhetoric ever since sophists like Antiphon (c. 480-410 BC) provided model speeches (hisTetralogies) showing how one might argue for either the prosecution or for the defense on any given issue. SEE: Visual Rhetoric

DIALECTIC is the art of using words to discuss or investigate the truth of opinions. The challenge in screenplay writing is to achieve Dialectical thinking–referring to the ability to view issues from multiple perspectives and to arrive at the most economical and reasonable reconciliation of seemingly contradictory information and postures.

2. inquiry into metaphysical contradictions and their solutions.

Beyond verbal/oral rhetoric or dialectics, the screenplay writer must study the higher meanings of words that are spoken. How are those words being used to tell the story? You, as author or as actor, must explore the higher purpose and meaning of the character’s words and actions.

Philosophy (from Greek φιλοσοφία, philosophia, literally “love of wisdom“)[1][2][3][4] is the study of general and fundamental questions[5][6][7] about existence, knowledge, values, reason, mind, and language. Such questions are often posed as problems[8][9] to be studied or resolved. The term was probably coined by Pythagoras (c. 570 – 495 BCE). Philosophical methods include questioning, critical discussion, rational argument, and systematic presentation.[10][11] Classic philosophical questions include: Is it possible to know anything and to prove it?[12][13][14] What is most real? Philosophers also pose more practical and concrete questions such as: Is there a best way to live? Is it better to be just or unjust (if one can get away with it)?[15] Do humans have free will?[16]