Cyril Winfield Stinnett (1912-1986) lived his whole life in the northwest corner of Missouri in a small house on the prarielands near the Nebraska and Iowa state lines. He was recorded playing over 300 tunes and legend has it he knew as many again. He picked them up at dances and contests, off records and radio, and from friends. He played an ordinary strung fiddle left-handed ('over the bar') yet there's not a hint of awkwardness in his frequent excursions into third position. He was as happy in Bb or F as G or D, could pick up an out of tune fiddle and play in perfect pitch by finger compensation, and could turn in an immaculate performance. He was an impressive contest fiddler with a string of prizes but never went professional and was always willing to share tunes, fiddling tricks and advice with whoever asked. Cyril's 'edge' came from total dedication to the instrument. "Play as much as you can" he said "you can't get too much practice". Though he lived on q farm up to his death and looked after his parents into old age, he never worked particularly hard at anything other than playing the fiddle and he never married, so avoiding the major distraction of raising a family. Let's leave the last word to Bluegrass maestro Kenny Baker - when asked the ultimate leading question 'who's the best fiddler' he allegedly replied "I don't know, but I don't know anybody can beat that old man up in northwest Missouri.” (https://www.fiddlehangout.com/archive/2938)

This 61-minute video is a one-on-one conversation with Cyril and his fiddle in his farmhouse in the prairielands of NW Missouri. 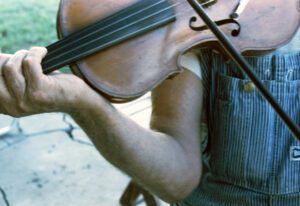 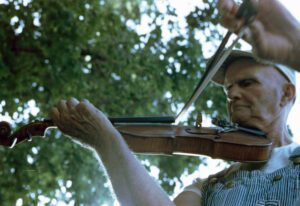 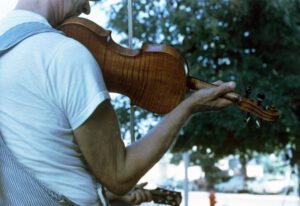 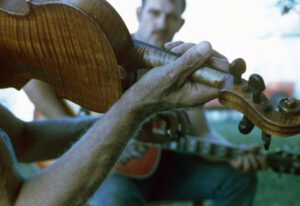 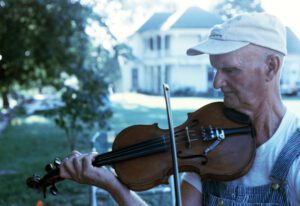 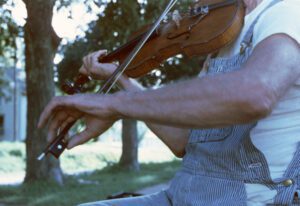 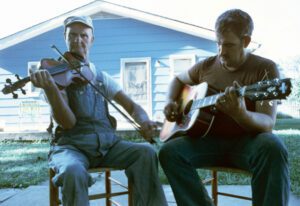 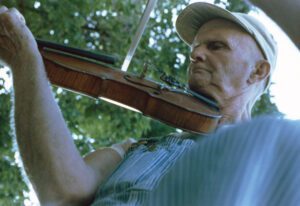