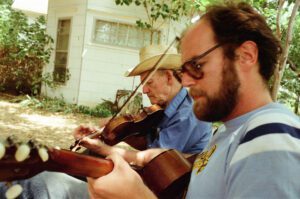 This photo is Emanuel Wood and I (Tony Collins), 1980, Ozark, Missouri. Emanuel was my teacher and friend until he died in 1981.

This 1921 photo is Emanuel Wood at age 21. He is dressed up in his first suit. He purchased the blue serge suit in a general store in Bradleyville, Missouri. "The first suit of clothes I ever owned was bought with onion sets." Emanuel sold a bushel of sets. He received $10 for the onion sets which was the price of the suit.

Emanuel Wood (1900-1981) was born and raised in the rocky hills of Taney County, Missouri, located on the border of Missouri and Arkansas. He told the producers of the LP album “I’m Old But I’m Awfully Tough”(p.11-12) that his ancestors came from England and initially settled in North Carolina.

His father, Thomas Wilson Wood, a Civil War Union-side veteran originally from Kentucky, was 74 years old when Emanuel was born. Thomas’ Kentucky home was destroyed in the Civil War, and he moved first to Illinois and then to Kansas. Thomas did not care for the flat prairielands though, and finally decided to settle in Taney County, where the terrain was similar to his native Kentucky. He outlived his first wife, Mizzana, and married a second time to Matilda Didamie Essary, who was Emanuel’s mother.

Emanuel recalled that his childhood in Taney County was difficult, and people often relied on hunting for food. He points to his Uncle Jess Essary as a primary influence in his development as a fiddle player: “When I was about 11, 12 years old my uncle came down to our place and sit there. We had us a fiddle made of a cigar box and he’d sit and play that “til midnight, and I’d sit right by him and listen to it and finally I got to where I could play it” (p.11).

Emanuel also points to his grandfather A.J “Pap” Essary, as a musical influence. “Grandad played the fiddle and grandaddy was a jig dancer and he was part Indian and his hair long way down here and twisted up in rolls, one on each side. He was a blacksmith and he done a lot of hunting.” (p. 11). Wood explained that his grandfather would often trick turkeys into thinking he and his horse were a cow by attaching a bell to the horse. 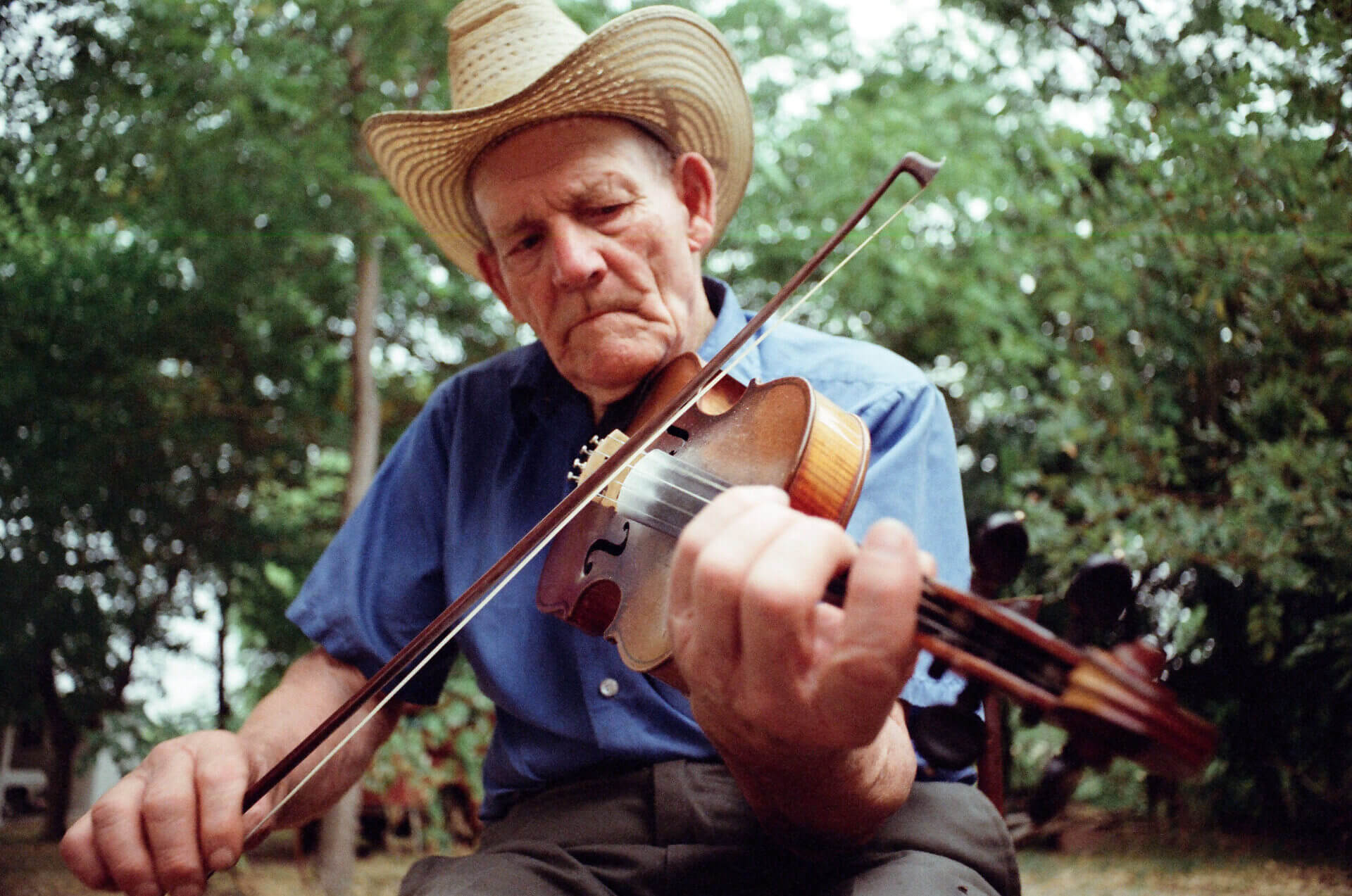 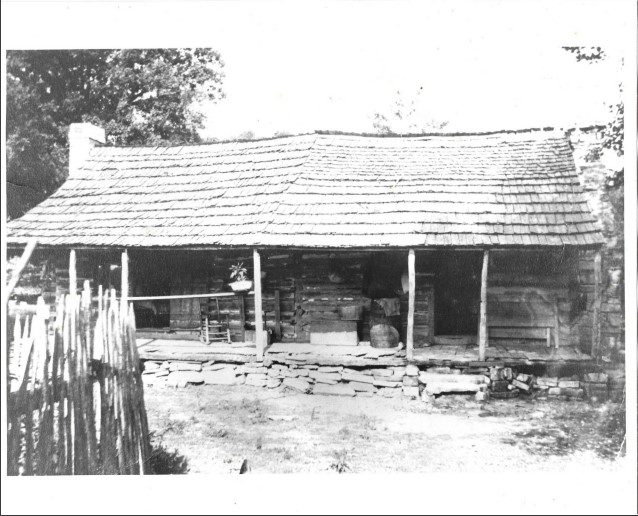 We are looking at the eastern-facing side of the house.
Logs for the south room were butted against the wall of the first room with hewed timber fastening logs to upright with wooden pegs. Roof shingles were riven from a white oak tree with a froe. Doors of the south room were solid black walnut, as was the stairway to the attic. The stairway passed the window that is visible in the photo.

In 1922 Emanuel married Fern Hobbs, and began earning a living in farming, hewing railroad ties, and taking odd jobs. On April 14, 1923 the couple moved north to the town of Ozark in Christian County (he marked that date in his 1923 Farmer’s Almanac) and eventually they had their farm and began delivering bottles of milk to surrounding residents. 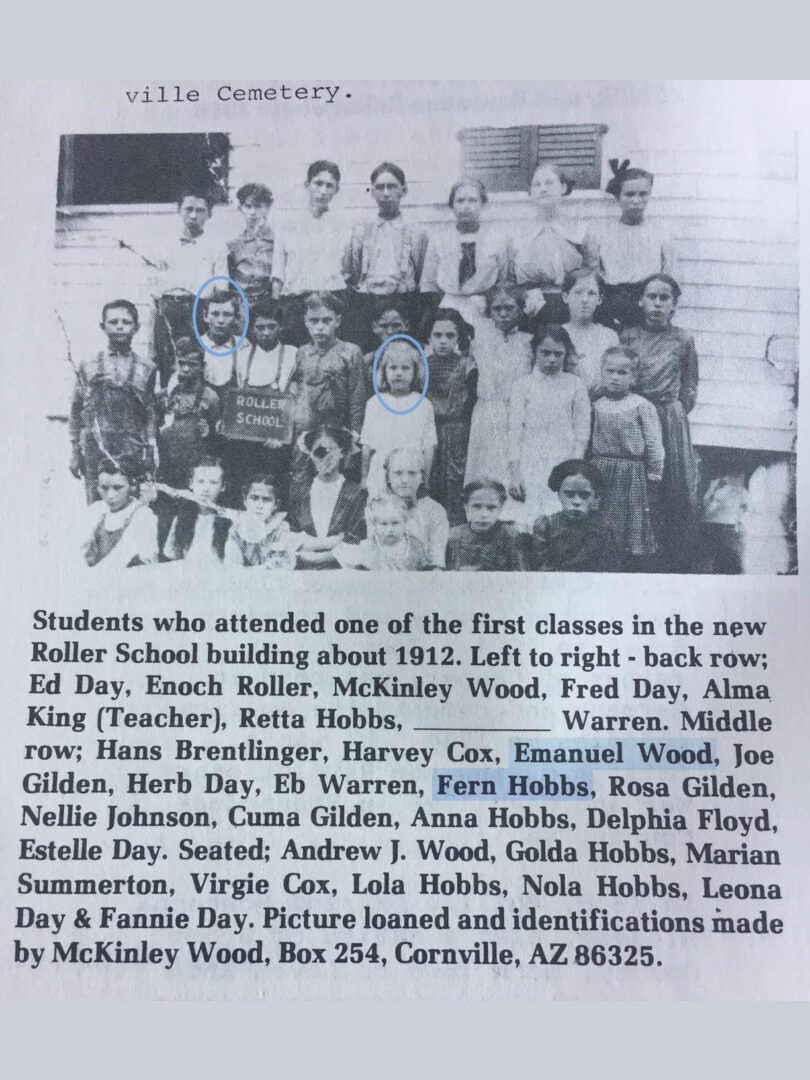 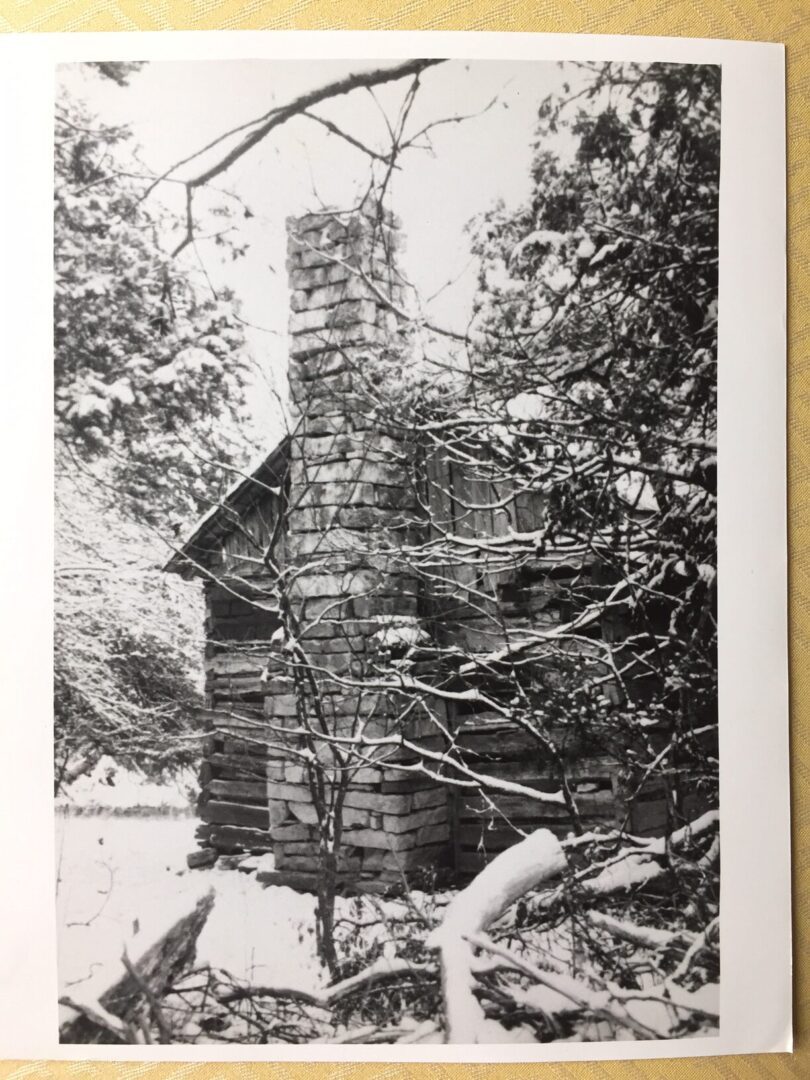 Fern Hobbs was Emanuel’s wife and childhood sweetheart. This cabin would have been constructed by Lorenzo Dow Hobbs, father of Fern, around the turn of the 20th century or earlier. Situated a mile or more south of the Wood family property in Taney County, Missouri. (Special thanks to Nelson Hermilla (Emanuel's grandson). 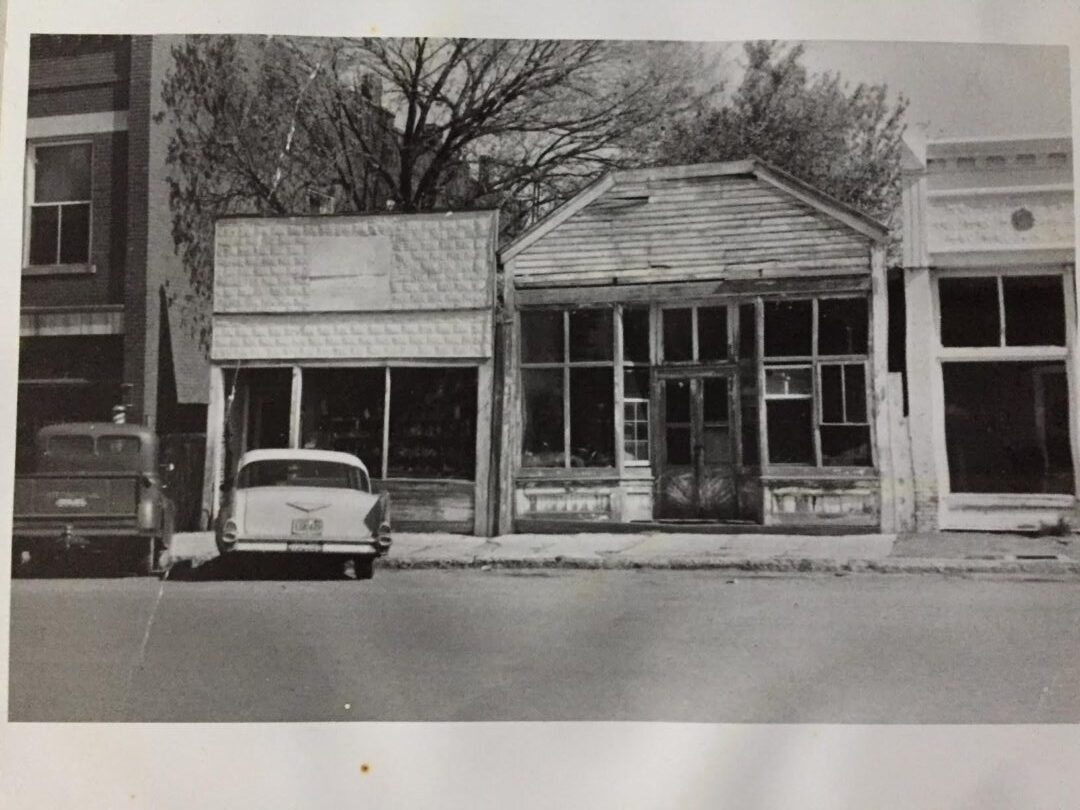 This is the storefront where Emanuel and his musical friends gathered every Saturday night for 27 years before moving to another building. Pictured is Emanuel Wood's 1956 International pick-up and Emanuel's brother McKinley Wood's 1957 Chevrolet.  Mack took the photo when he visited Emanuel in 1959

Around 1950, Wood bought a second-hand store on the tow square in Ozark, and July 27 of that year he hosted his first Saturday night musical gathering called “Emanuel Wood’s Ozark Opry.” From then until the 1970s, he and his family along with his musician friends would play fiddle music and songs to a small listening and dancing audience.  The musicians would range from top-notch fiddlers such as Emanuel Wood, Art Galbraith, and Raymond Campbell to great guitarists such as Gordon McCann to beginning guitar players and novices with all levels in between.  The music even to other locations in the late 1970s, and then ceased when Wood died in 1981. 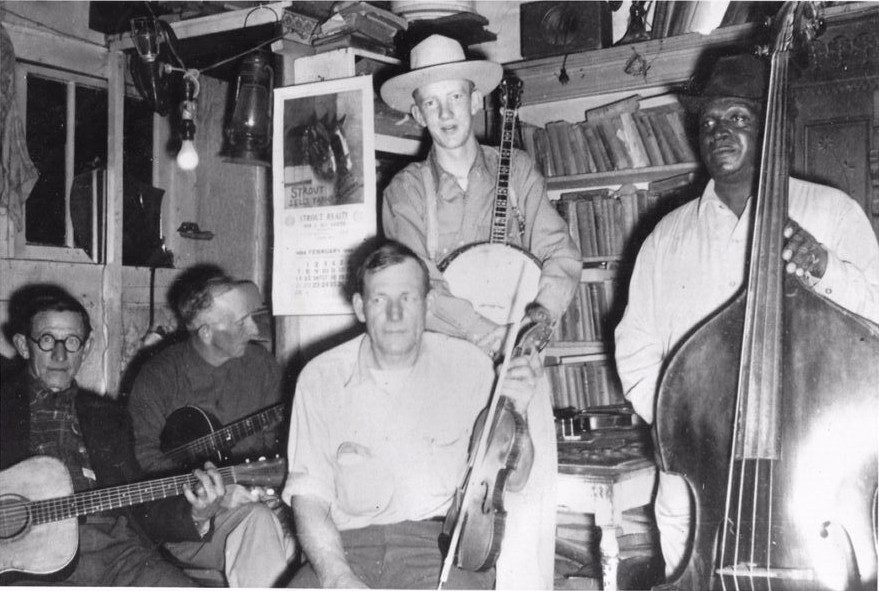 (Special thanks to Nelson Hermilla (Emanuel's grandson) and to Ozarks Fiddle Music by Gordon McCann and Drew Beisswenger, Mel Bay).

The 30-minute video is a discussion with Emanuel Wood talking about life as he plays the fiddle and the banjo while sitting outside in his cabbage patch.

This short video is a performance of Green Valley Waltz.

EMANUEL WOOD and FAMILY: Streak o’Fat and a Streak o’Lean